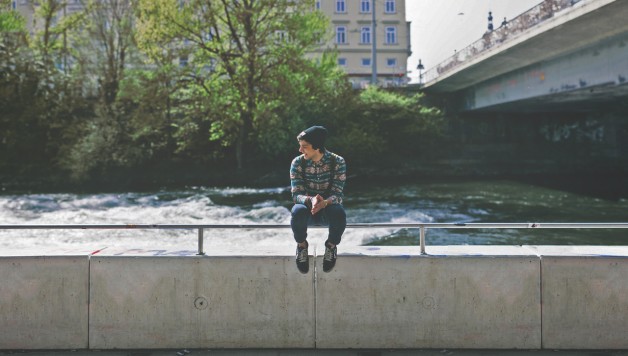 You wouldn’t think that a relationship between an Aussie (Bridget) and a Brit (Adrian) would cause much of a culture clash, but of course there are the little things. Some of these factors are cute and endearing but sometimes they’re annoying too.

Here’s what to expect if you fall in love with a British lad…..

His idea of too hot is 22 degrees Celcius

Britons may complain about their notoriously dreary weather but you should hear them complain if they feel too hot.

These too hot complaints kick in around 21-22 degrees Celcius! If you’re ever planning to go home to Australia for Christmas, do not warn them in advance about how hot it will be.

If you go anywhere like Thailand, only take your sensitive British boy in the cool season.

They will complain it’s too sunny.

They will never understand vegemite.

I love vegemite on toast to remind me of home. I’ve given up trying to convince Adrian!

They will only eat British baked beans.

If you’re traveling abroad, you may like to take a few cans of British baked beans with you. Your British boy won’t eat any other kind.

Their sense of humour will always seem a bit strange.

As an Aussie, I understand the British sense of humour better than Americans seem to but I still don’t 100% get it.

I have never been able to see the appeal of Fawlty Towers, Monty Python, Black Adder or those types of comedies.

Give me a good episode of Friends or Seinfeld any day!

Your boyfriend/husband will love Neighbours and Home and Away more than you.

As an Aussie, age 12 seemed about the right time to stop watching Neighbors. If you’re British you might never see a reason to stop.

You will often hear your boyfriend/husband discussing what’s happening on Coro with his parents even if you’re not aware that he has actually watched it in months.

He will need to have lots of cups of tea.

Always bring tea bags with you when you travel and except to need to run out for fresh milk. He won’t use creamer (not that you love creamer, but you’re prepared to be flexible) and he won’t be prepared to drink black tea, hot water with lemon, or anything that is not traditional British tea with milk.

Bring British tea bags if traveling to America as US tea bags will be judged too weak and not acceptable to him.